I had a good amount of rest the day leading up to this experience, I believe I napped and awoke at somewhere around half 6 PM. I ate a 5 strip on an empty stomach at around quarter to 9 then went for a walk. Earlier in the day I had pre-prepared a dose of DMT in my Mighty vape for use at the peak of the trip.

I had gone for a walk on the LSD, followed some geese, visited a graveyard which I noticed nearby, and enjoyed some graffiti… And that was interesting in itself I thought.

I had an interesting time in the cemetary reading the stones and realizing how weird it is that these people had walked the same streets as me, lived in the same town as me with this same church standing, yet died in 1817. The same place in a different time… Cars drove by nearby whereas for this individual it would have been horses.

As I neared my home I started wondering if I’d even manage to get home, it was only a few minutes walk but I considered getting an Uber. Homes started looking to me like little elf/goblin houses – they seemed too small heightwise than they ought to be. Fitting my door key felt like a riddle, and as I went up my stairs it felt like they were closing in on me or narrowing. I was stumbling around almost like drunk.

I got to my room and just collapsed on my bed. I was tripping so hard I was basically paralyzed, it took a great deal of effort to move. I had pre-prepared my DMT dose and vape as well as my room which I had illuminated with a starlight projector light.

It was on my second inhale of DMT using my Mighty vape that it hit the fan.

I closed my eyes and experienced a complete out of body trip to heaven with visuals… full color visuals of an alternate dimension, intricate and detailed. The colors were very vibrant and strong. Luminescent primary, secondary, and tertiary colors in their purest unadulterated form. Neon in their brilliance and vividness.

To walk through from the beginning, first of all imagine you are a Matryoshka doll (those Russian doll things). The innermost doll. 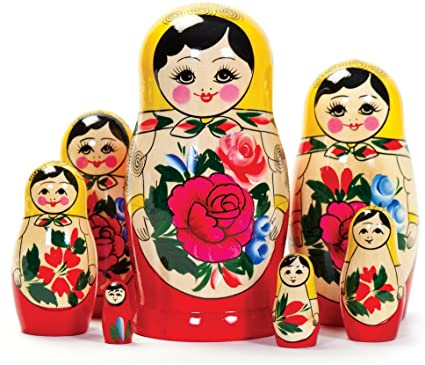 I did not literally see these dolls they are just a good analogy. Though the visuals were this intricate and vivid. Even moreso in color.

Well what happened was, my human vessel which was this innermost doll was left down below and I was launched/sucked away from myself and upwards. And as I kept going up it was like outer shells of dolls were shattering as I broke into higher and higher realms of reality. Like going from the smallest doll in the set to the biggest all-encompassing doll.

Rather than a tunnel of light going towards heaven, it was more like I was being sucked up from my human self into heaven – I was watching my lower-level-consciousness-selves as I was propelled higher and higher up.

The visuals were very vivid and intense, but difficult to explain… It was like I had a collar around my vessel (whatever was being launched up into these planes of reality), and the patterning was on this collar, like perhaps yellow vibrant squares for example (but these weren’t just random shapes on the back of my eyelids, these were like, fully lucid visions of an alternate dimension) – and I was being sucked upwards through the middle into higher realms of reality and I’d go up through these layers of visions higher and higher.

Until I reached the ultimate reality.

It was not heaven in the sense that it felt blissful or anything. That’s the thing, it didn’t feel anything, it just WAS. But it was heaven in the sense of being the ultimate reality. When every layer is peeled off that’s what’s left. I was in heaven. I have visited heaven.

I saw spacetime itself form shape: Outside the boundaries of what I was seeing was void – colorless nonexistence.

I had wondered what possible layer deeper I could have possibly gone except by dying; but then I realized that dying would not do it – because non-existence does not exist, and it’s not possible for anything that exists to NOT exist… “I” or “you” may “””die””” (quote unquote) but we will never get to not exist, we will ALWAYS exist…

I can see where people get ideas about reincarnation… A tree can sprout many leaves – we are the tree… We as in “you” or “I” might THINK we’re the leaf, but that’s just an illusion, a subsection of the whole which is the tree that we ACTUALLY are.

We are all existence, anything that has existed cannot ever NOT exist because non-existence does not exist.

I also did speak to a divine being or something of that nature but my recollection of that is incredibly scant. I think between my visions through heaven I opened my eyes and spoke to the deity and asked what it wants me to do (I think?) and if it wants me to bring back the experience and tell other people, something along those lines. I don’t remember the specifics but definitely something along those lines happened… I saw a large female deity’s face across my ceiling briefly, I recall.

But the “divine being” did not feel more powerful than me, us, you, WE… That was part of the thing – that everything was one and the same, everything in existence was one. Nothing exists but existence itself. Whatever this presence was, was simply a manifestation of a part of US that was helping facilitate my journey… I in fact felt like I had gone even further beyond the realm where this presence existed.

Using the tree sprouting leaves analogy, perhaps these presences are like the branches. One step above us “leaves” but a step below the ultimate reality of the tree. I feel like during the trip I had reached and reunited with the tree and that was the place I refer to as heaven.

I am so glad for this experience.

At heaven there was no emotion because it was just ultimate reality/existence, my human vessel had been left behind, I only felt a sense of astonishment. But when I returned to humanity and reflected on the experience – even now – it was SO overwhelmingly incredible and powerful that I feel like crying.

Usually waking from a trip after you sleep it can feel almost like nothing happened, but I woke still feeling that sense of astonishment. I feel a sort of warm euphoria throughout my entire body, like if I’d woken and remembered I won the lottery or something. I spent the day in a state of relaxed joy. I spoke freely and happily to my family who noted that my voice sounded different in a positive way; telling me that I sound “very well”.

It was a complete spiritual awakening. The strongest sense of oneness with existence that I have ever felt. A sense that I am inherently just as good as anyone and anything else. A reduced fear of death.

It was like an atheistic religious experience. No creators just existence. We the leaves, “DMT entities”/deities the branches (or just a manifestation of a higher form of our own “separated” consciousness), and existence the tree. We are the tree, we are eternal and all powerful because we are existence itself.

And that is a realization so intense and overwhelming it makes me tear up. I shed tears when I came down.

If there is a creator of this sheet of existence we would never be able to communicate with it because it’s out of our spacetime.